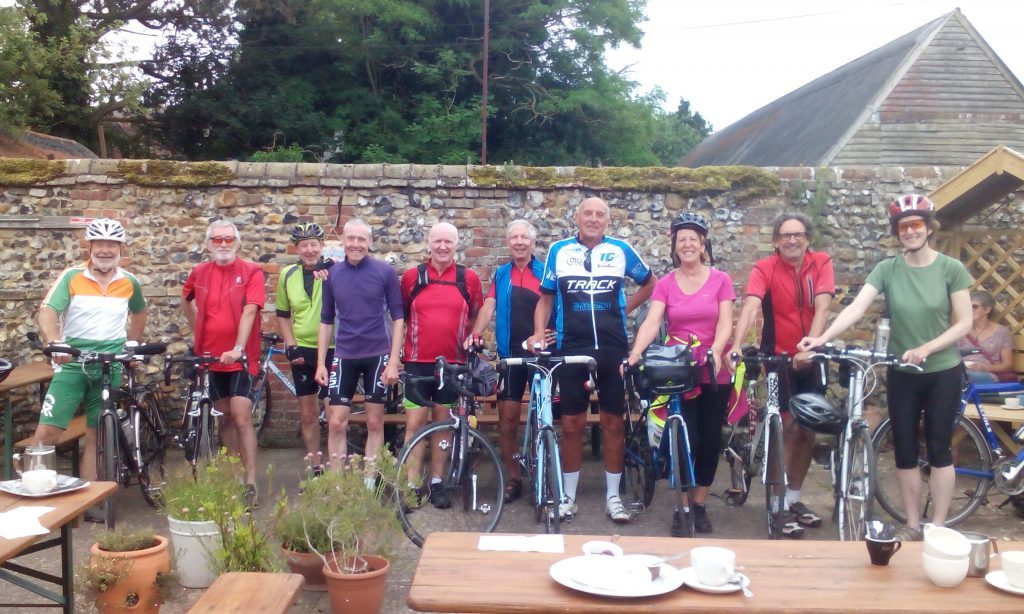 A Ride of Two Halves

With grey skies holding in heat, a temperature of 9 degrees and a light westerly wind gave benign conditions for the 8 riders, comprising the usual suspects, turning out at Nowton Park for todays ride.

Although our first objective, West Stow Country Park, lies to the north west of Bury St Edmunds, our ride Leader led us away eastwards towards Rougham before we turned north to begin our loop to West Stow. This route gave us the opportunity to try out some of the newly constructed bike paths on the east side of Rougham Airfield. 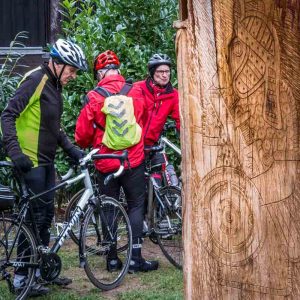 Flat terrain through Great Livermere and Ingham saw us making good progress to our coffee stop though quite what the Saxon warriors thought of our arrival is anyones guess.

The flattish terrain continued as we made our way westwards into the breeze and crossed the A14 at Kentford. 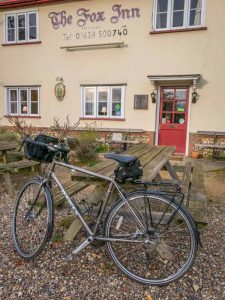 It was now that the second half of the ride began with a steady climb towards Gazeley. A few more roller coaster downs and ups led us to lunch at The Fox Inn at Ousden. Here we were very well looked after with lunch including a bonus trifle which some were later to regret…

A couple more rides on the roller coaster were aided now by the following wind as we made our way back to Nowton Park for goodbyes and thanks to our ride leader Colin.

Eight riders turned out at Ixworth Village Hall for todays ride into Norfolk which took in some fantastic Autumn scenery, a distillery, and plenty of muddy roads.

Heading north through Bardwell there was an early pause in proceedings when our Ride Leader managed to force a flint into his tyre with predictable consequences. Once his steed was repaired, he led us north towards Norfolk and through some spectacular Autumn scenes on Knettishall Heath. The sun was shining at this point showing the scenery at its best. 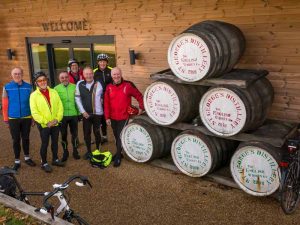 Onwards then to our elevenses stop at The Kitchen at the English Whisky Company at East Harling. This was a very pleasant place to visit but sadly we didn’t have time to take in a tour or linger in the shop…

Once refuelled we continued up towards Snetterton Race Circuit for a loop north of the A11 before heading south again towards our lunch stop at The Royal George at Barningham. A very nice lunch prepared us for the last leg of the ride which would take us through a brief rain shower towards Walsham le Willows, Stowlangtoft and Pakenham before arriving back at Ixworth.

Our thanks go to Steve C for leading todays ride.